Another Case of Wanderlost 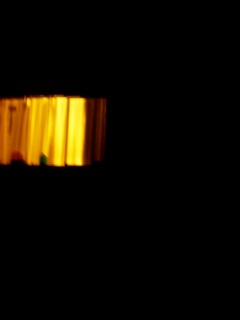 One of my favorite quotes is from J.R.R.Tolkien, “Not all who wander are lost.” But, sometimes they are. I found myself thusly for a moment tonight. Hey, it was dark and I was daydreaming. At night. ‘cuz that’s how I roll, as my teenager would say.


I worked today, cleaned house and danced this afternoon down at Las Cambritas to the Rough House band and then worked some more. I decided I needed, no, deserved a treat. Besides, it’s Sunday. That counts for something. Somewhere. It was a pleasant night, maybe still 60 degrees or so out, no need to bundle up. I’d walk down to the Shell gas station for an ice cream bar. Actually my car has no headlights right now so it would be safer to walk, even in the dark.


After living in the same house for 21 years, one knows most of the potholes, lumps and cracks in the road and anyway, once I get to the top of my block and head down the hill, the ambient light from said gas station and Main Street in general cast enough glow to make it not quite as exciting as it could be. What did cross my mind for the first time in a while was, “Hmmmm, I wonder if that mountain lion is still hanging around?” The confectionary promise beat out any latent concern.


My earliest fond memory of walking downtown was when Miles was five years old. I was ready to pop Zachary out any day. We’d been snuggling on the couch (difficult as I was so hugely pregnant!) when we decided ice cream would be nice. Old habit, I guess. So, off we trekked the whole half a mile into town. Naturally, trekking back up the short hill was slower, but we were also concentrating on treats. A lovely outing.


Several years later, our little Jack Russell Terrier and I would run to the radio station at 5:50 a.m. to do my 6 a.m. radio shift. She’d just power along, happy to be running any where off leash. As soon as she realized where we were going, she’d often outrun me by several hundred feet at least. On the way home, however the first open door, a car or a business, she’d duck in there. Too funny. When she’d escape from the yard, following her naturally compulsive urge to “go” she’d either head to the beach or downtown. One late night dj called me when he heard her barking at the door to the station.  Yep, it’s interesting living so close to town.


Tonight, as I was picking my way home through the dark road obstacles, these little scenarios played in my head. Suddenly I noticed some odd yard lights. “Where the heck am I?” You know when you wake out of a deep sleep and wonder what’s real? That’s kind of how I started staggering around. OH, just turned down one street too soon. Ratz, new potholes. Glad the neighbors had company and their porch light on. Oh, well, I’ll laugh about it on my way back up the hill some other night.

I acquired the moniker of "Lady Tie Di" (my old radio name, a twist on my name, Dianne, and my creative side...) for a good reason. I make and sell tie dyes on occasion (amongst other things), my cars are often as not works of art and I do like color in my world. I try to spread peace and love where ever I can and to make people smile. And here I am doing something else I love- writing. Door's always open... come on in!
View all posts by Lady Tie Di →
This entry was posted in wandering. Bookmark the permalink.

2 Responses to Another Case of Wanderlost